How Many Clinton Emails Landed in Russia?

There is a simple reason why the Federal Record Acts has a simple scope. The simple reason is that any secret information not a guarded by the government will create unintended consequences.

The 44 U.S. Code § 3106 is titled Unlawful Removal, Destruction of Records; the clause (A) is so short that deserves to be quoted:
(a)Federal Agency Notification.—

Numerous times the presidential candidate and former secretary of state, Mrs. Hillary Clinton has mentioned that having a server in her home was authorized and an innocent mistake. So, let us ponder for a minute, for agents of the U.S. Department of State to authorize the installations of servers and having classified information sitting in a basement in Chappaqua, New York would have to justify the violation of the Title 44 § 3106 (a) of the U.S. Code.

The Clintons are former lawyers (or active lawyers, I’m not sure) and both former president and former secretary knows of the consequences of violating laws. Nevertheless, there is one thing even non-lawyers knows: “ignorance of the laws is no defense.” Hillary’s Blackberry had no passwords according to the deposition of her former aide.

The audit created by the State Department and made public on May 25th, 2016 leaves no doubt that Hillary Clinton violated the 44 U.S. Code § 3106 (a) “Removal, Destruction of Records,” so what?

Many like Senator Dianne Goldman Berman Feinstein (California) has come out on the news and exclaimed that enough is enough and we should move on from the emails. Well, not so fast… There are three problems:

Many are belittling the violations as forgivable transgressions and that should not curtail Clinton’s road to the White House. After the Inspector General of the State Department released his finding, Mrs. Clinton herself, double-downed on her innocence and that America was kept safe under her watch. Notwithstanding; the Romanian hacker Marcel Lehel Lazar – also known as Guccifer, plead guilty to seven years; and volunteered to the court that he would read Secretary Clinton’s emails. Why would someone plea guilty to hacking and federal offenses, if he did not do it? 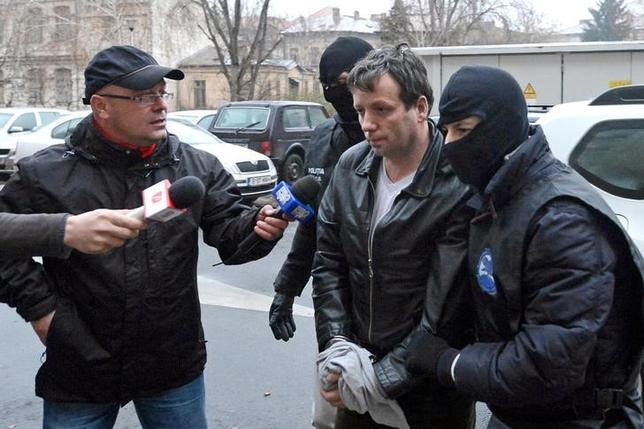 Guccifer being transferred by the police.

Furthermore, a new on May 26th, former Clinton aide and now U.S. Ambassador Lewis Lukens in sworn testimony in the case of Hillary Clinton’s privatization of the U.S. Secretary of State’s email is testifying that Clinton never used passwords to access her emails. In sum, using the State Department website would require her to use multiple passwords and having her own private emails would allow here to use no passwords, and for the sake of convenience Secretary Clinton preferred no passwords*2*.

Perhaps it is easy to see how Guccifer could read Secretary Clinton’s emails; especially after Ambassador Lukens testified that no password was required to access her emails. Wait! It gets better! Or it gets worse, depending on your point of view.

Secretary Clinton is no neophyte to email deletions, in fact, while she was the first lady, no less than one million subpoenaed emails were lost thanks to a glitch in the servers of the White House. The investigation of the emails disappearance was named “Project X,” and no findings were ascertained*3*.

Aware of a possible new “Whitewater” investigation or a new “Project X,” the Clintons had a familiarity with emails and their incriminatory disposition. The indefatigable Watergate reporter Carl Berstein alleged that the intention of Hillary of having her own servers was exclusively to bypass the Freedom of Information Act; once the emails are in private server, they are deletable.

The convenience of the emails deletability entered in direct conflict with national safety. Hillary claimed that the United States security was never in peril, yet something interesting happened. Guccifer, was not the only one reading the emails straight out of the Chappaqua basement, there were others.

Nadiya (Nadezhda) Savchenko on trial in a Russian Court

On the other side of planet Earth, there was the prosecution of Nadiya (Nadezhda) Savchenko*4*; and some hacked Clinton’s emails were admitted as evidence in a Russian court of law. In the Russian Court it was disclosed that Mrs. Clinton’s emails that were used as evidence, came from a private server “and not from Top-Secret or U.S. classified government’s archive.” The court would not have allowed government’s email because it would be an admission of espionage, yet coming from Mrs. Clinton’s private server is just an admission of hacking.

One has to ponder, if Guccifer admitted in U.S. court to reading Clinton’s email, if her former aide also testified that Secretary Clinton had a disdain for passwords; how many Clinton emails were copied by the Russian FSB? How many state secrets were possibly revealed by Clinton’s action in her request for convenience?

Firstly alleged as convenience; now the private servers have implicated a Romanian hacker and some of Mrs. Clinton’s email were used as evidence in the prosecution of Nadiya (Nadezhda) Savchenko.

Once again, there is a simple reason why the Federal Record Acts has a limited, yet clear scope; the protection of national security. Any secret information not a guard by the government will create unintended consequences. Whitewater went on for years, it is very unlikely that the email and Clinton Foundation investigations will find an end before the 2017 presidential inauguration.