So, there is this old joke:
â€œDoctor, I have another issue for some time…â€
â€œWhat’s wrong with you?â€
â€œNo doctor, is not me, it’s my brother!â€
â€œWhat is wrong with your brother?â€
â€œWell, doctor, my brother thinks he’s a chicken!â€
â€œHow long has this been going on?â€
â€œFive years.â€
â€œFive years? Why did you wait 5 years to tell me? That’s too long!”
â€œWell doctor, you don’t understand. We need the eggs.â€

I usually use this joke to explain fiat currency, but it is also a good analogy for consumer sentiment before the stock market collapse. Everyone knows that the market will collapse, but it is hard to pass a stock bargain when the prices keep going up.Â  This month of January still has 10 days to go and it already has been compared to the January of 1928 (which happens to be 22 months before the Great Depression and the Black Tuesday or also known as the Market Crash of 1929, on October 29, 1929; and yes you guessed itâ€”Tuesday.

A few days ago, I was validated about my arguments regarding the collapse of England, I first mentioned about it on July 2015; the short essay is called, “Wait for England Before We Collapse,” it was the announcement of England’s second major bankâ€”RBS, announcing the pending collapse of the English market. Adding insult to injury, America’s second largest bankâ€”JP Morgan, also echoed my words recently. The advisers for JP Morgan are encouraging clients to cash out of the Stock Market due to America’s pending collapse.* 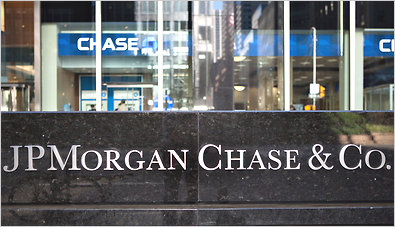 When is the next crash officially coming? Well, I think we never recovered since 2008; nevertheless, if history repeats itself for the next major crash, we have two options; we may assume that the American market will have its worse correction at the end of October 2017; or we can also use another historical method of counting:
The 31st president, Herbert Hoover assumed his office on March 4, 1929 and 239 days later or on October 29th, 1929 the market crashed. Using this hypothetical linear count, the next major correction is due on September 15th, 2017.

Whatever you do, be alert! I will do the best to keep these warnings coming. Don’t count on the chicks before they hatch, especially if was your brother who laid the eggs.