What if Your Name Were John?

Power, riches, immortality? What higher calling could a humans have other than spiritual evolution?

The song â€œWhat if Your Name Were John?â€ was born out a racist comment.Â  It was back in 1995, I was watching the Bosnian War on TV. The closest we have gotten to Hitler since WWII; and an acquaintance made a racist comment towards a friend of mine. Â Suddenly the Bosnian War was not 5000 miles away, the reason for the war was right on my breakfast table.

The distance between Bosnian conflict and Miami is 5400 miles or about 8200 Km; but a racist comment brought the war to my breakfast table.

I have had a unique privileged, I was born with one race, and 21 years later, Iâ€™ve joined another. Â It was not possible through gene mutation; it was done by crossing the border. I was born Caucasian in Brazil, but in the United States I am no longer Caucasian I am seen as a Latino.Â  The branding as Latino sets a certain form or behavior, likes and attitudes. Â This experience has been a privileged to understand how other groups feel undermined by labels and stereotypes.

Just recently, as a result of the terrorist attack in Paris; I was disappointed with comments being made on Facebook, alluding that immigrants are terrorists. Â This generalization would include me, not because I was born in a country where ISIS, the Taliban and the Al Qaeda have basis, but it is lack of spiritual evolution just analyze individuals by stereotypical assumptions.

If you have read the book “The Link,” you can finally hear the melody of the song that has been included in the book on page 282.

I have been creating reference tracks for the songs that I have written with videos on YouTube.Â  The videos contain the lyrics and chord changes, once you learn the song, you could put the video on mute, then play and sing along with a guitar. Â I hope that you enjoy the song, there is no need to click like on YouTube, I do not monetize my videos. Enjoy.

FREE WILLY! A small step for men, a giant leap for whales!

When I fear that my videos are getting too long, I create mock-TV commercials. One fine day Iâ€™m watching a political-show and SeaWorld, started to air a propaganda campaign that their whale-show program is wholesome.Â  I took an immediate disdain for the propaganda that it is and I created my own counter-response to the SeaWorldâ€™s corporate message.

I was happily surprised today that SeaWorld is phasing out their whale-show program.Â  About six months ago I created this commercial-parody explaining the inhumane treatment of whales compounding to the archetypal prostitution model.

Today it has been announced that SeaWorld will phase out their whale-show.** Â This is not only a victory for the whales, but also a victory for the betterment of mankind.Â  The world will benefit discontinuing a model designed based on capture, captivity, and prostitution (since beauty is exchanged for money).

The iconic image of the movie “Free Willy!”

It is good to be on the side of ethics and justice, and today Iâ€™m happy to report that my mock commercial validated both sentiments. By the way, if you are ever tempted into going to a Zoo, remember that if you really love animals, you set them free!

The Jester and Trump: When elections are a joke!

Sia is a singer who is afraid to show her face and Trump is a jester who is proud to show his.

I like to open my essays with a joke, but this would be redundant because in a corrupted society, elections are already a joke. Â Today, as this essay is being written, the front runner for the Grand Old Party which is also known as the Republican Party is getting makeup applied to be the host of a comedy show called Saturday Night Live.

The United States has the highest debt ever amounted in the worldâ€™s history* the disparity of income and distribution of assets is the worse since the Great Depression,** Â the US Army is kicking soldiers with PTSD out of their ranks with the charge of misconduct instead of guiding them for medical treatment.***Â  These are only a few of our Â serious problems in serious times, and the front runner of the GOP is hosting a comedy show. 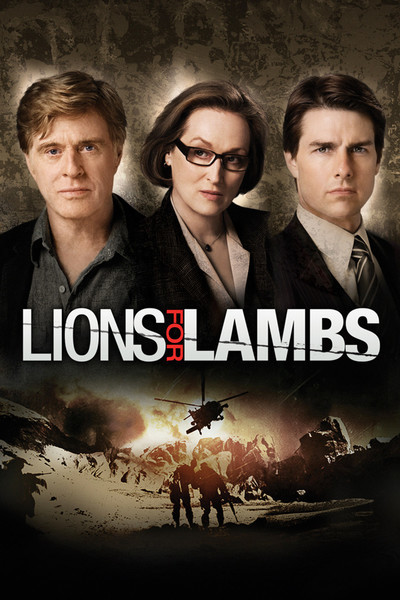 In the movie â€œLions for Lambs,â€ there is an amazing editorial line displaying the countryâ€™s apathy: â€œRome is burning, sonâ€¦ Â â€¦[and] the problem is with us, who do nothing!â€Â  Donald Trump is not the only presidential candidate who has participated in the bacchanalia that is Saturday Night Live.Â  The front runner for the Democratic Party; Mrs. Clinton, also appeared in the Saturday Night Live. There have been 17 presidential figures who have appeared on the SNL’s comedy show. Â Keeping in mind ancient archetypal history, then this is not the first time, the patternÂ returns. Â WhenÂ Rome was burning and along with it its hegemony; Pax-Romana. Rome’s leader, Nero was playing his lyre. In modern archetypal history, the hegemony of Pax-Americana is burning and its presidential candidates are replacing clowns in the national orgy that is called Saturday Night Live.

Before I get accused of not having a sense of humor; remember, I usually start my essays with a joke. I have written extensively on this subject. In the chapter called â€œThe Archetypes of Kings, Nobles and Jesters,â€ that can be found in the book â€œArchetypes in Our Lives (or â€œArchieâ€ for short).Â  In Archie, I showed the pattern of how the scepter or the ruling power changed from states to corporations, and how the modern version of kings is sitting as the chairman of the board of directors. Today the presidents of several nations have to behave more like a local Maharaj, than a ruler of aÂ region.Â  Today, many corporations have the production and income of several nations combined.

“Archetypes In Our Lives: How Ancient Archetypes Evolved Into Modern Lives.”

In the old days, the court was formed of peasants, jesters, nobles and one king; today our society mimics the old format. Nowadays, the peasants are the voters, the nobles are the elected officials, TV-pundits, scholar, and many times the presidents of many nations are also the nobles in the new format. The modern kings are the president of multinational corporations. In the old format, the jester was not there to fix anything; he was just to take away the pressure as comic relief. Â The same goes for the modern jesters. The jesters are mainly in two formats, the liberals choose to be jesters using satire and the conservatives chose to be jesters by adopting inflammatory rhetoric. Â The modern jesters on the left using satire are Saturday Night Live, John Oliver, Jon Stewart, Bill Maher, and the Presidentâ€™s Correspondence Dinner to name a few.Â  The jesters of the right using inflammatoryÂ rhetoric Â are Bill Oâ€™Reilly, Rush Limbaugh, Hannity, Dennis Miller and Ann Coulter also to name a few.

Depiction of a jester by a computer program

Right and left jesters will employ their talents to provide pressure relief to the electorate when the government corruption cannot be stopped. Â It is rare when a jester is paid attention to.Â  What is appalling, is that on the road to the White House, the US presidential candidates must take turns in becoming jesters in order to have a voice towards the electorate who does not read newspapers or watch documentaries.

Depiction of Nero and the burning of Rome, copyright 1897

A have a few words in defense of the orgy promoted in Saturday Night Live. On the bright side, I should start that SNL is a beautiful historical institution, they employ people, they create new talent, in some ways as jesters that they are, they bring attention to the absurdity that from time to time comes into our society.Â  On the dark side, I also have to share, that SNL is a capitalist corporation; it is not designed purposely for the betterment of mankind. Â SNL is designed to generate profits, purely and simplyâ€”profits. Â Ratings are only going to come from the best jesters whether or not they declare that Mexicans are rapists and criminals or not.Â  The same ethics that make a corporation dismiss most of its workforce and have its products being imported from overseas; it is the same ethics that drive SNL to have a professed racist as a host of one of its episodes, simply because it makes a profit.Â  There are no institutional bodies controlling SNL, profits and convenience drive SNLâ€™s purpose.Â â€œRome is burning, son!â€

â€œRome is burning, son. And the problem is not with the people that started this; they’re past irredeemable. The problem is with us, all of us, who do nothing. Who just fiddle. Who try to maneuver around the edges of the flame. And I’ll tell you something – there are people out there, day to day, who are fighting to make things better!â€ [End Quote]
Quoted from â€œLion for Lambs,â€ authored by Matthew Michael Carnahan*